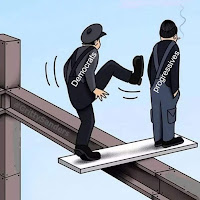 If you're a Conservative, then you're a Libertarian or you don't get it yet. Republicans are strictly representing money....period. I was a Republican before college. Since then I've been progressive. The past couple years Libertarians have opened my eyes to a lot though.
Posted by Terry A Moore at 4:11 PM